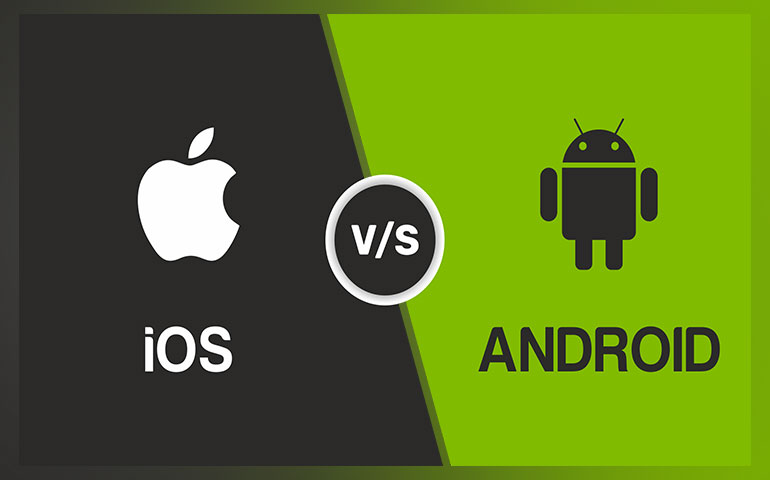 Which Platform should I choose for my first app?

It might be confusing as a new business owner who is looking to expand his/her reach to a broader audience through a smartphone app. You have two options: Android or iOS. Both come with a unique set of advantages & challenges; we will discuss them in detail with this post.

Whatever your business goal, it could be a tad risky and expensive to build an app for both platforms simultaneously. Instead, we would advise you to start with a single platform that suits your business objective in a better way.

Most developers choose a single platform, to begin with, and only move to the next platform once their first app is a success. This will help them test the waters and improve upon your app strategy until their app is an established player on one platform.

Let's look at some arguments for both platforms.

Android has proven to be the market leader with upto 85% of smartphone users using Android as their operating system compared to a miserly 15% iPhones. The reason behind such a significant difference is that Android devices are way cheaper than iPhones. The average price of an Android phone is just $300 compared to $690 for iPhones.

Also, Android users have more devices & manufacturer options to choose from across a broad spectrum of features and prices.

iPhone users are generally more affluent than Android users and tend to earn 40% more than their Android counterparts. Most iPhone users tend to work in more professional & managerial fields.

iPhone users are also more likely to make in-app purchases and spend more on apps. So, if you want to skip in-app ads and only offer subscriptions or in-app purchases, then iOS may be a safer bet.

Developing an app for iOS is faster, cheaper & easier compared to Android. Apps for iOS take 30-40% less time to develop than Android.

iOS apps are easier to work with because there are fewer number of devices(Currently, Apple has only 11 iPhones & iPads). At the same time, there are hundreds of Android smartphones & tablets in the market with different screen sizes, aspect ratios, and OS versions.

Since iOS apps can be exclusively developed only on a Mac, this can substantially drive up the cost of development.

Apple values the privacy of its users more than Android. Hence they have stricter rules & quality requirements from their apps. The review times for iOS tend to be longer, and the possibility of rejection is higher with iOS.

Both iOS & Android have a unique set of strengths and weaknesses, and selecting either of the two depends on the needs of your business. But don't we can help you build apps on both Android & iOS

Let's talk about it over a cup of coffee.

Let's Talk About Your Project